During summer 2021, discoveries of massive unmarked graves found on the grounds of former residential schools sparked heartfelt responses of mourning throughout Canada and from across the globe.
As members of the public inquired about how they could show respect, many Survivors discussed remembrance and the creation of a Survivors’s flag as a salient and accessible symbol to honour the lives impacted by the residential school system. 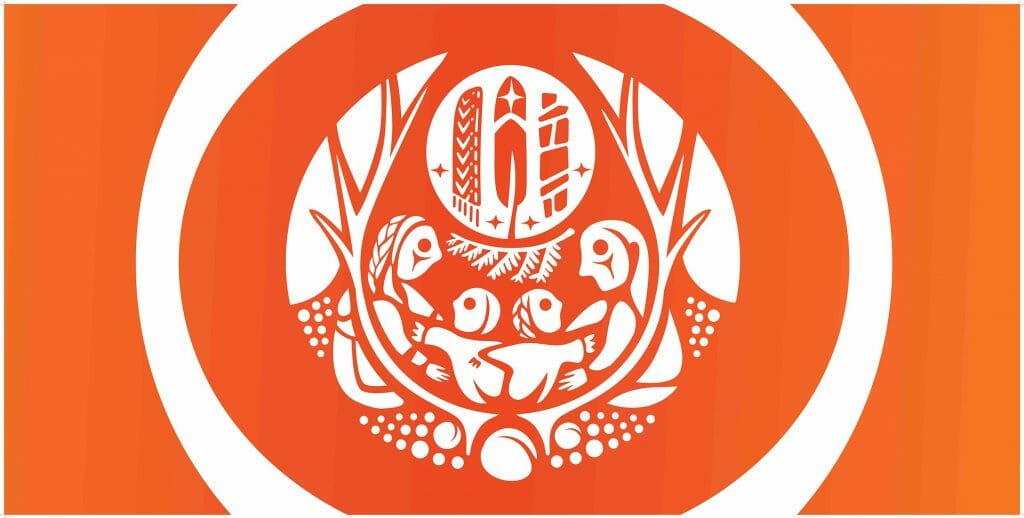 The Survivors’ Flag is an expression of remembrance, meant to honour residential school Survivors and all the lives and communities impacted by the residential school system in Canada. Each element depicted on the flag was carefully selected by Survivors from across Canada, who were consulted in the flag’s creation. To learn more about the meaning behind each element on the flag, we invite you to learn with us through NCTR’s explanation and Survivors reflection on its importance.